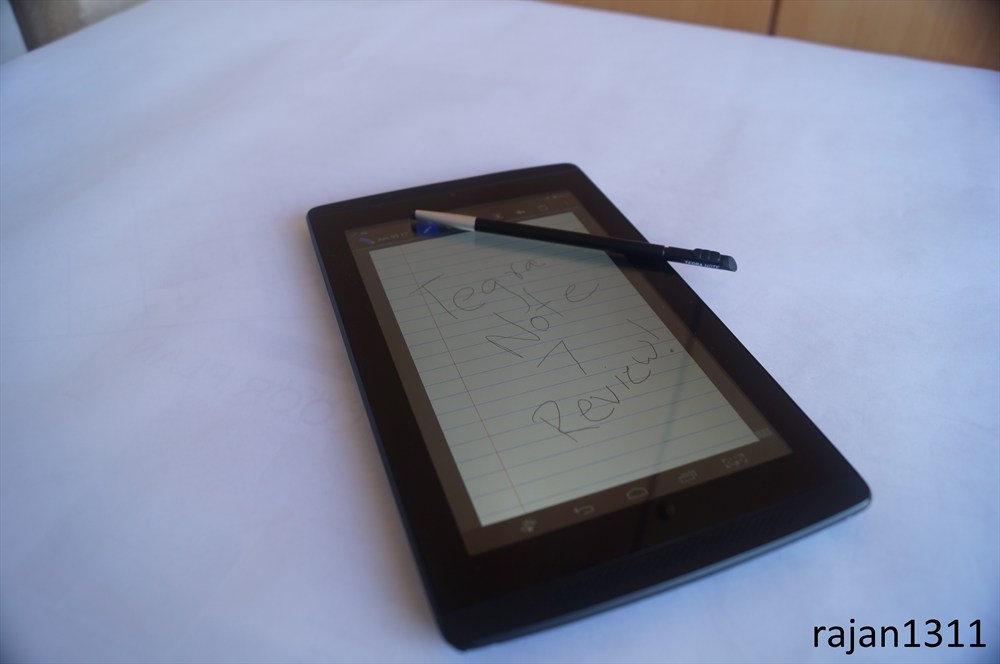 Nvidia has been trying its hand in the portable/mobile division with its Tegra SoC line of products, which was first seen in the Nvidia Shield and now in the Tegra Note 7, which is a 7″ Tablet running the latest Android 4.4.1 and sports an active stylus for some note taking capability. It boasts some pretty good hardware, but in a region which is dominated by the Nexus 7, can it put up a fight?

So lets take a brief look at the specifications of the tablet :

You could be quick to write off this tablet if you compare it to the nexus 7, mainly if you compare the screen resolution (~720p vs 1200p) and the RAM (1GB vs 2GB), but there is another secret weapon up its sleeve, called the Tegra Note 7 DirectStylus, which is an active pressure sensitive stylus. More on this later in the review.