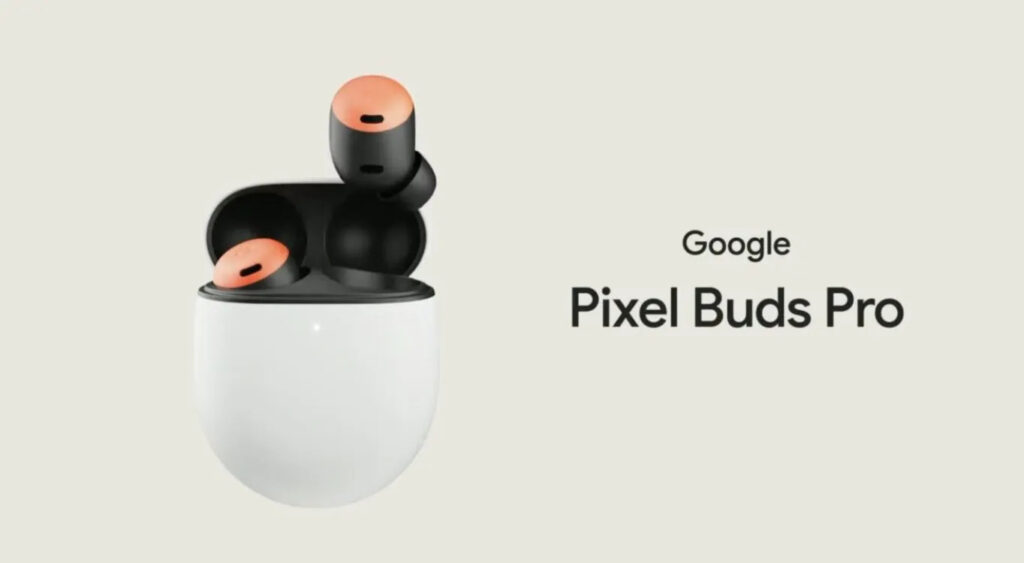 Google gifted the Pixel Buds Pro with active noise cancelling (ANC), so now you can perform your usual productivity tasks while dampening the outside world. Conversely, if you’d rather invite the world in, the Pixel Buds Pro has a few Android-specific features, such as access to the Google Translate app and a transparency mode. Small details like Google Assistant integration make the Pixel Buds Pro less of a music listening set of earbuds, and more of an extension of the Google universe.

The Pixel Buds Pro are Google’s first earbuds without support wings/stabilizers. Instead, the earbuds are bean-shaped and rely on the silicone ear tip to hold the bud in your ear. Personally, I never liked the old wings as they weren’t removable and ultimately hurt my ears after several hours. The new design feels snug and is comfortable enough to wear for hours on end.

Taking a look around the bud, you’ll find three microphones (more on their performance below), a sensor for in-ear detection, two pogo pin pads for charging, and a capacitive touch surface for controlling the media you’re listening to.

The controls on the Pixel Buds Pro are easy to use and work surprisingly well. A single tap plays or pauses your music, double-tapping skips forward, triple-tapping goes backward, and long-pressing can either switch between listening modes (ANC, Transparency mode, and off) or activate Google Assistant. You can also swipe forward or backward to raise or lower the volume.
Looking around the device, you’ll find a USB-C port on the bottom with a physical button around back used to put the earbuds into pairing mode. Around front, you’ll find a single LED light that will either shine white or orange. The light also pulses to indicate battery and pairing status, as detailed below:

Google launched its original Pixel Buds back in 2020 and followed them with the more affordable Google Pixel Buds A-Series. And the headline is that, even after only a few hours of listening, the sound quality when listening to music is an improvement over Google’s previous efforts. But that’s where the praise curtails.

Each Google Pixel Buds Pro earbud houses a relatively large 11mm dynamic driver, which should bode well for a talented performance. However, from the very outset of our testing (having run them in fully, you understand) we become aware of several shortcomings in terms of the sonic performance.

When listening to The Waterboy’s This is the Sea on a remastered Tidal file, we’re missing the sense of growing dynamic build at the top of the track. This song is supposed to build from barely perceptible key progressions, as if starting in the distance, and here the Cambridge Audio Melomania 1 Plus clearly outdoes the Google product despite being much cheaper, celebrating shakers and inflections in Mike Scott’s vocal in the way the Pixel Buds Pro cannot.

The album This is the Sea continues to The Pan Within, and violins, keys and alternate vocal harmonies are alluded to by the Pixel Buds Pro, but they’re unable to shine fully within what is a slightly compressed-sounding mix overall. As an electric guitar holds down a low riff, we also become aware that the track is not as impactful, grippy or weighty through the bass registers as it should be either.

We deploy ‘HD audio’ throughout our testing (which is defined as AAC audio codec, ie. better than MP3 but still lossy, and it’s the best you’ll get here) but across the course of our listening the clarity through the leading edges of notes isn’t what we’d hope for at this level.

When listening to Sam Fender’s Get You Down, there’s three-dimensional and impetuous saxophone detail you can glean from the song when using the Honor Earbuds 3 Pro, but here it’s underplayed through the treble, to the point that the overall profile sound feels a little muddied and woolly, even through the midrange. We wish there was just a little more space around each musical passage.

The Pixel Buds Pro is Google’s first set of active noise cancelling earbuds. It has vents to help avoid the unpleasant pressure in your ear that can happen with a good seal and ANC. The buds dull the noise of traffic somewhat, though due to the uneven application of ANC filtering and isolation, a notable hiss is usually present. This occurs because some external noise doesn’t get filtered or blocked by the ANC and isolation. Once you have music playing, it becomes hard to notice. As you can see in the chart above, the Pixel Buds Pro ANC effectively quiets sounds below 400Hz, attenuating frequencies within that range anywhere from 12-35dB. Typically ANC does its best work on low frequencies.