Board Layout and Features (Part 1) :

Just like the older Sabertooth series, the mark 1 retains the ‘military’ look. I feel the colors have slightly changed and it is somewhat darker now. I don’t have another board to compare with, so cant say for sure. Its a look that I had initially hated, but it slowly grew on me and now I love it. Its a refreshing change from the other pure black boards we get today. 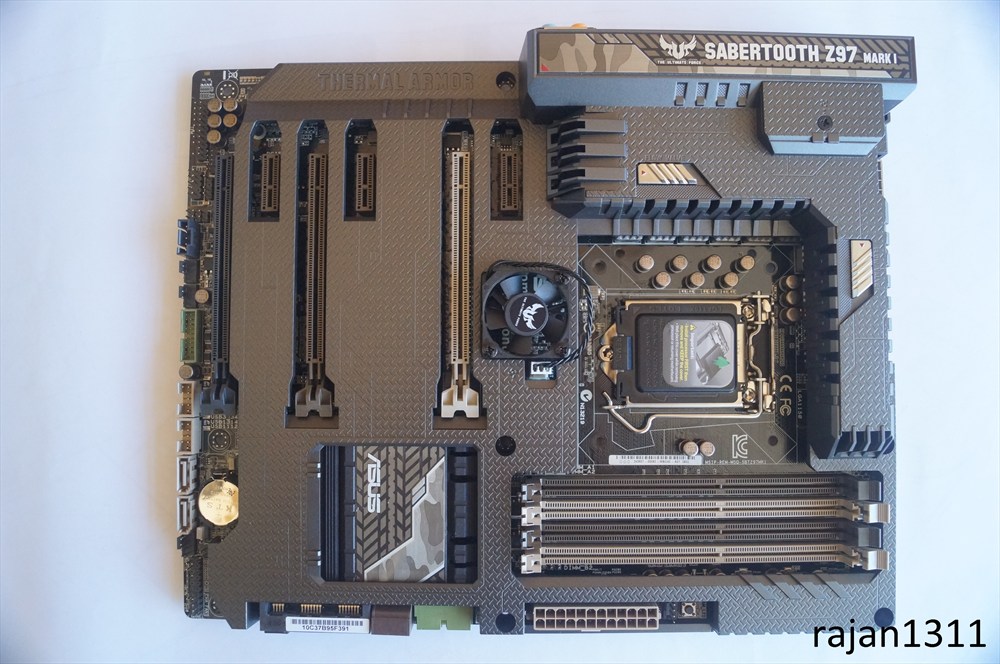 The most distinctive feature of this board is the Thermal Armour. The thinking behind the armour is to create a distinction between the hotter parts of the system , generally the CPU and graphics card from the board. With the included fans (1 x 40 mm and 1 x 35 mm) , you can control the airflow for the motherboard. Not only does the armour keep the board cooler, it also prevents dust build up, which over time helps keeping components cooler and thus increasing the life of the components. Here is the rear 40 mm intake fan. Asus has given a provision for placing an air filter on the rear IO panel so that should prevent any dust from getting in from here. 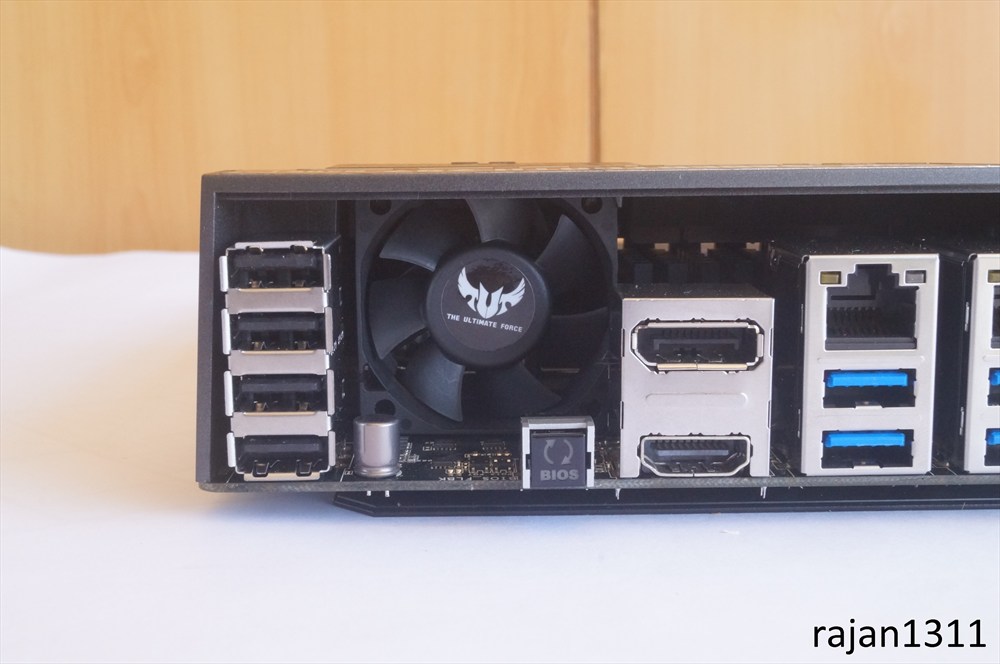 There is another feature called Dust de-fan, which spins the above fan in the reverse direction. It aims to dislodge any dust settled in the VRM area. It should also reduce dust build up in the air filters.

They have also added a new feature called Flow valves, which are vents above the MOSFET heatsink. You can choose to open or close them based on how you want to control air flow. 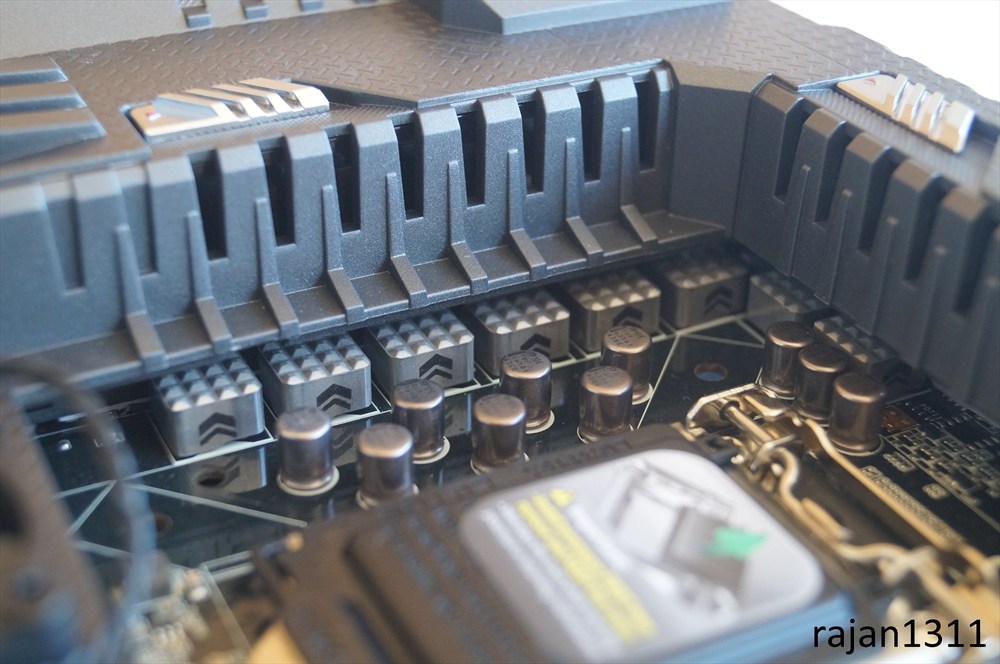 Another new feature that Asus has added is the Fortifier backplate, which basically provides structural support to the board and practically remove the possibility of the board from flexing. 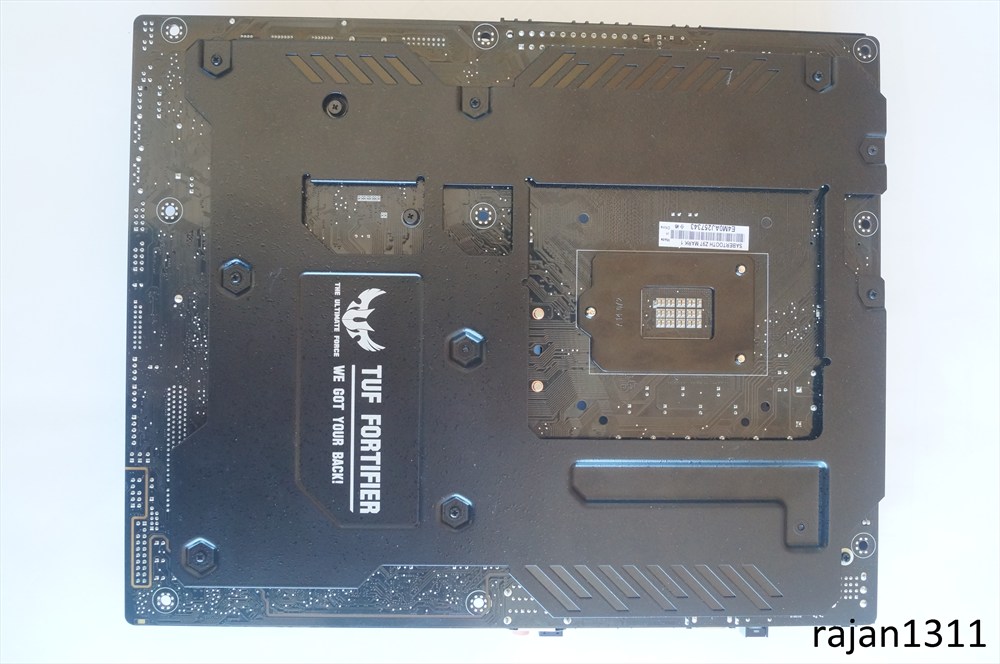 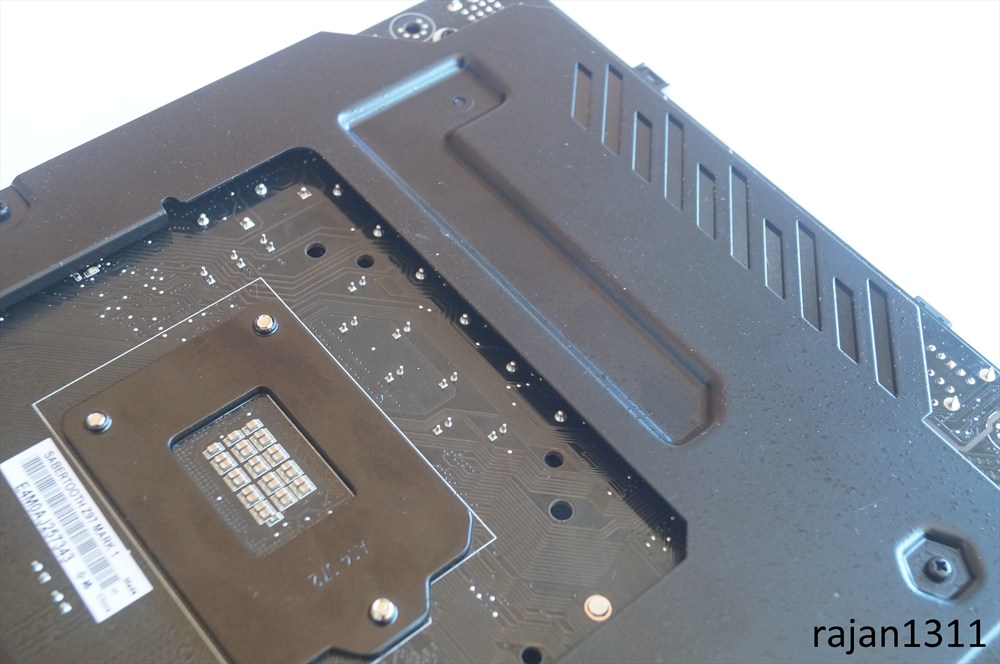 The fortifier also acts as a sort of a heat sink. The part shown in the image which is below the MOSFETs has thermal pads on the other side for better contact and helps improve heat dissipation.

I got to admit, the fortifier back plate is really useful and the board feels so much sturdier. The backplate has a large enough cut out so that it does not come in the way of your cooler installation. Also, if you have doubts with respect to installation, there are no issues and the fortifier does take some extra space, but no issues with motherboard standoffs.