AMD’s Hawaii based graphics cards have been around for a while now. At launch, we saw that they were not only pretty fast but also hot and noisy. Asus tries to improve the card by giving it a custom cooler, which really cuts down those temperatures and noise, but with Digi+ VRM, high quality capacitors and MOSFETs, they also improve the overclockability and stability of the card.

The R9 290 is the slightly cut down version of the 290X, but it still packs a solid punch. It has 2560 shader processors and 4GB of GDDR5 memory running at 5040MHz (effective) makes it perform well even at resolutions like 2560×1440 or even 3840×2160 (with some minor compromises in quality).  This card competes with the GTX 780, but carries a slightly cheaper tag. In case you don’t have the time to read the complete review, you can skip to the conclusion to get an overall summary of the review, for the in depth analysis and benchmarks, just go through the following sections. 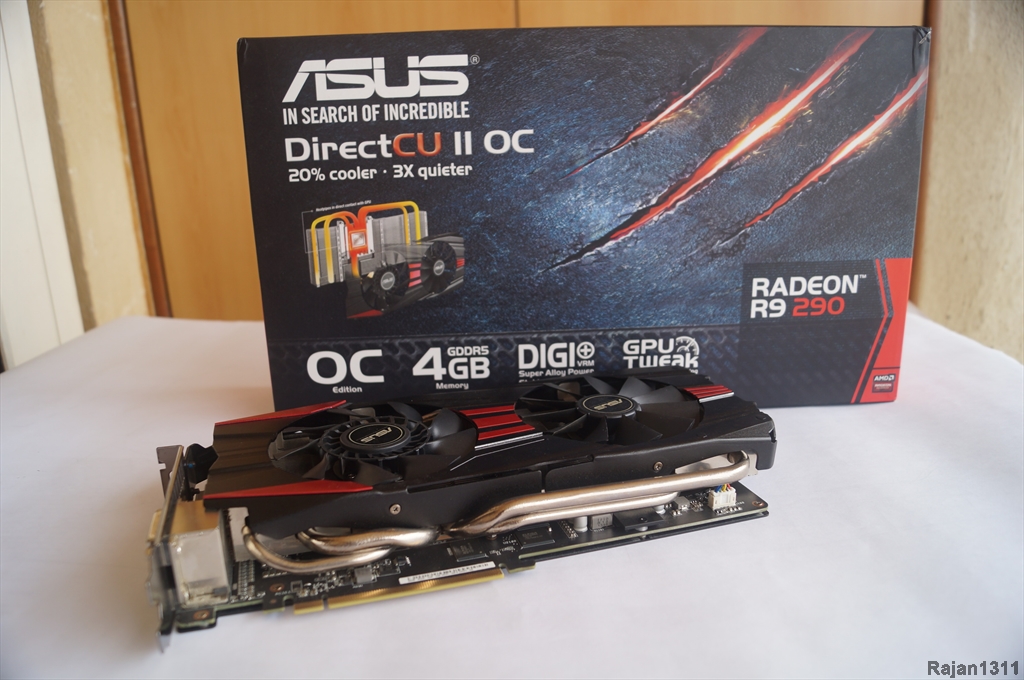