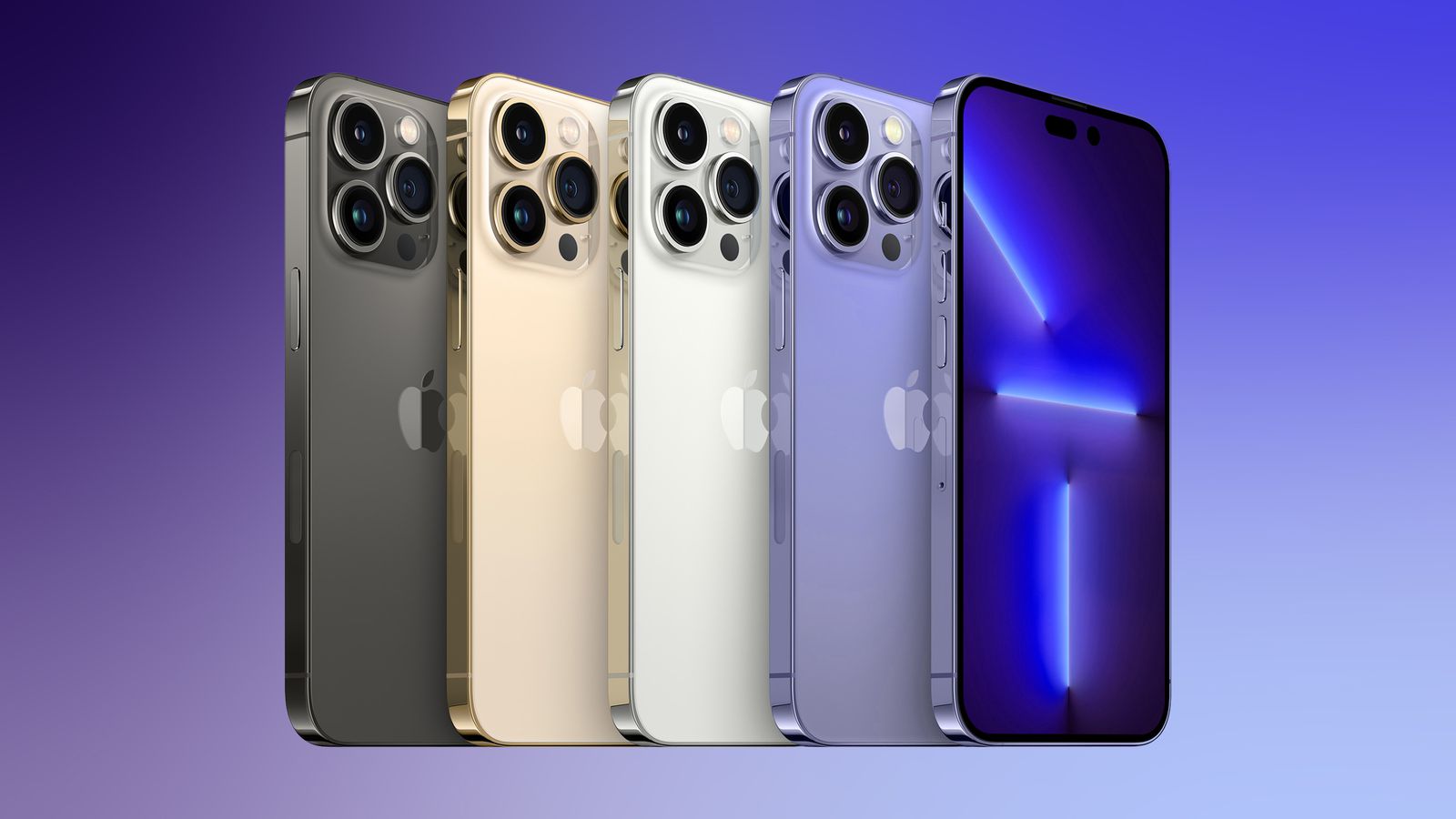 The time has finally come – Apple has revealed the iPhone 14 – the latest version of its smartphone. And as expected, there are four models to choose from, but not the same four models as in recent years). The iPhone mini is no more (RIP), but we have the iPhone 14, iPhone 14 Plus, iPhone 14 Pro and iPhone Pro Max

The event this evening revealed that the iPhone 14 and iPhone 14 Plus are, arguably, a very incremental upgrade from the iPhone 13, with minor improvements to the battery and camera. And then Apple revealed the iPhone 14 Pro, and that’s where things get more interesting.

The new iPhone Pro is available in four colours – black, silver, gold and a new deep purple. First impression is that it looks beautiful, with a stainless steel frame and Ceramic Shield display. And, yes, you are seeing it right – the notch is gone. Instead, it has a new pill-shaped cutout on screen called ‘Dynamic Island’ (inspired, huh?). Read on for the full design details and tech specs for the iPhone 14.

Apple has revealed four models of the iPhone 14, or you might prefer to think of it as two models that each come in two sizes. The iPhone mini is no more. As Apple says, you now have “big or bigger”. The entry-level iPhone retains its 6.1in screen size and there’s a new addition to the family, the iPhone 14 Plus. Measuring 6.7in, it’s basically the iPhone 14 but bigger.

Not a lot has changed with the iPhone 14 and 14 Plus in design terms. They look basically the same as the iPhone 13, with the same rear camera module with a diagonal layout and the same slim notch as the iPhone 13. They both come in five colours: Midnight, Starlight, Blue, Purple, and PRODUCT(RED).

Then there are the Pros: the iPhone 14 Pro and Pro Max, again at 6.1in and 6.7in respectively. In a way, this simplifies the product range, giving us an entry-level pair and a high-end pair of phones each available in the same two sizes. The Pros come in black, silver, gold and a new deep purple.

A lot of the rumours we heard about the Pros have turned out to be completely on the ball. A lot of people will be happy to learn that the iPhone 14 Pro has dropped the much-maligned selfie-camera notch. That doesn’t mean it’s a completely flawless screen, but instead we have the pill-shaped cutout ‘Dynamic Island’. This fancy-sounding solution can expand to show alerts and background activity.

The other big change with the screen is that the iPhone 14 Pro had an always-on display. The bezels have also been slimmed down, but the rest of the design looks largely the same as the iPhone 13 Pro and iPhone 13 Pro Max, with flat, stainless steel edges.

Both the iPhone 14 and the larger iPhone 14 Plus come with Apple’s Super Retina XDR OLED display with a peak HDR brightness of 1200 nits. They have Ceramic Shield on the front glass for improved durability.

The iPhone 14 Pro and Pro Max can go up to 1,600 nits of brightness, and a peak 2,000 nits for outdoor use, beating the Samsung Galaxy S22 Ultra. As we’ve mentioned, they boast an always-on display, which can show notifications and other information when the phone is locked. A new LTPO panel enables the refresh rate to scale down from 120Hz to 1Hz to save on battery life when the always-on display is enabled.

The iPhone 14 and 14 Plus have a new 12MP main camera with a bigger sensor than their predecessor for a stated 49% low-light improvement thanks. The front camera is also 12MP and it adds autofocus for the first time along with a faster lens for better low-light performance.

New Photonic Engine technology improves low-light performance even better, with a 2x improvement on the front camera and the ultra wide and 2.5 x on the main camera. Video gets an upgrade too with an advanced stabilisation mode called Action mode, which can be toggled on for to make video smoother when you’re moving.

As we expected, we get a notable camera upgrade on the Pros too. All three cameras (main, telephoto, ultrawide) benefit from improved low-light photography, with a new 9-LED flash helping here too. There’s a new 48MP main camera which promises more detail and 2x improved low-light performance thanks to the new Photonic Engine.

ProRAW can also be used uncompressed at 48 megapixels, allowing more editing flexibility and video can now be shot at 4K up to 40 frames per second in Cinematic mode (there’s also the new Action mode the comes with the standard iPhone 14.

Other new features include the much-rumoured satellite connectivity. Emergency SOS with Satellite lets you call for emergency help when you don’t have a mobile signal – which could be a lifesaver for people in very rural areas. You get two free years of the service with the phone.There’s also the addition of Crash Detection, which is designed to detect when it thinks you’ve been in a car crash and will automatically contact emergency services if you can’t respond. Also of note, there’s no SIM card tray, making the iPhone 14 eSIM only.