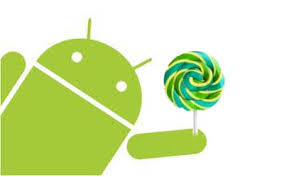 Android is the most popular mobile operating system platform in the world. Even Apple iPhone had to sweat (that too in US market) where Android gained mileage through Samsung Phones. There were several attempts to thwart Android by putting them in ottleneck through patent related law suites. This ended up in Google acquisition of Motorola for a dream price just for patents. Q2 this year Google s iold Motorola Mobility to Lenovo. Moto E, Moto G and Moto X were real blockbusters in India and I am sure at least 10 of you might be in que to order Motorola Moto E.

The introduction has to be huge to know how much Android means to it’s users and worries their rivals. Samsung which went ahead with developing Tizen OS with Intel too was at Google I/O conference last week to showcase it Samsung Galaxy Gear Live along with LG G Watch and Motorola Moto 360 Android wears.

The main attraction however is the showcase of Google Android L developer preview. I guess it is no secret that ” L ” will soon become Lollipop. It is a visual feeling. So I will leave you to enjoy a short video which will show case Google Android L