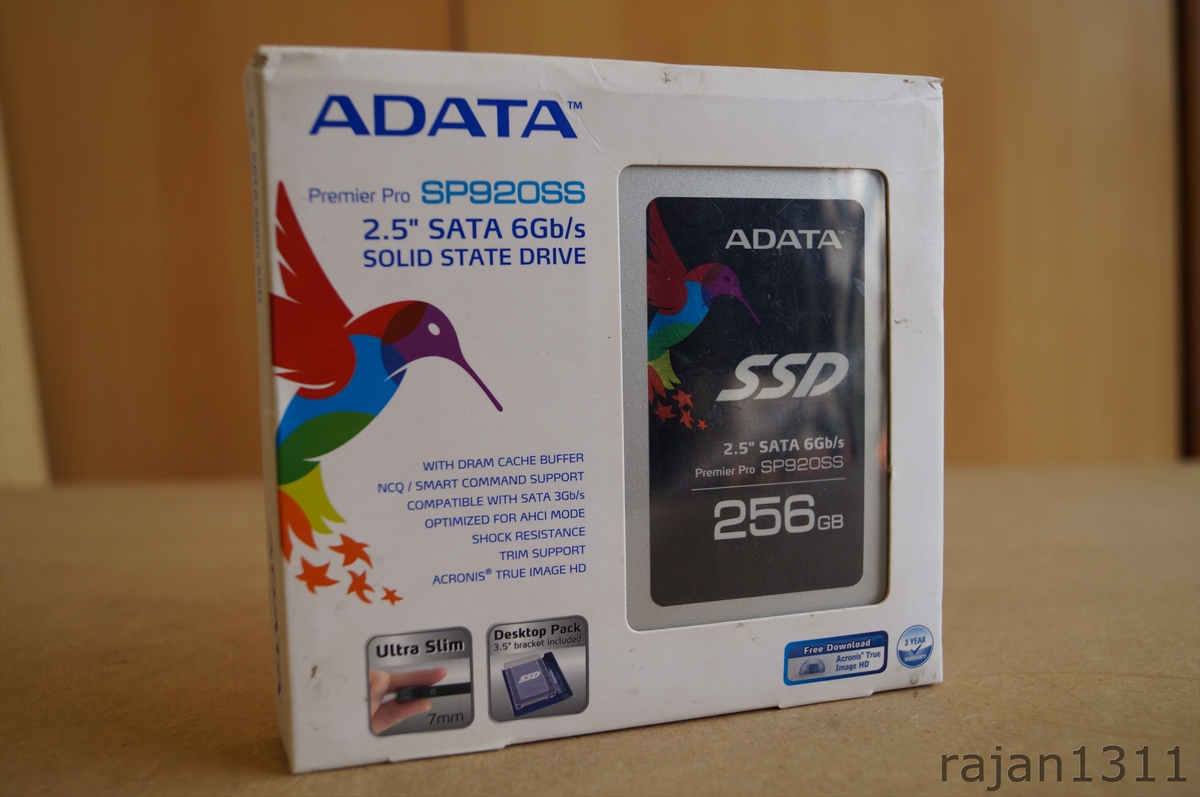 It was only a few years ago when SSDs had just come in and there was a lot of buzz about their great performance, reliability and high price/GB. As with almost everything in technology, today’s SSDs are much better of. They are far more performant, reliable and cheaper than before. With a plethora of SSDs to choose from, it can be a touch decision to make. ADATA have been in the SSD business for a while now and today we will be taking a look at their Premier Pro SP 920SS 256GB SSD. It has been around for a while, so while it might not be the fastest SSD right now, it sure can be a great value deal.

Its my first ever SSD review, so my methods might not be fully ‘industry standard’, feel free to post your suggestions on what benchmarks you would like to see. The benchmarks I will include today will mostly be synthetic, which I can tell with my experience with the Seagate momentus XT, its not always about the numbers. I will try to include some more real world as well as SSD consistency benchmarks in the future reviews.For now, here is the list of benchmarks that I will be using:

I have also included benchmarks for 2 other drives, one is my trusted Seagate Momentus XT 750GB, which should give you an idea of a traditional HDD and the other is a budget SSD, the Transcend SSD340 128GB.

So next up, we will be taking a look at whats inside the box and then over to the more interesting bits.